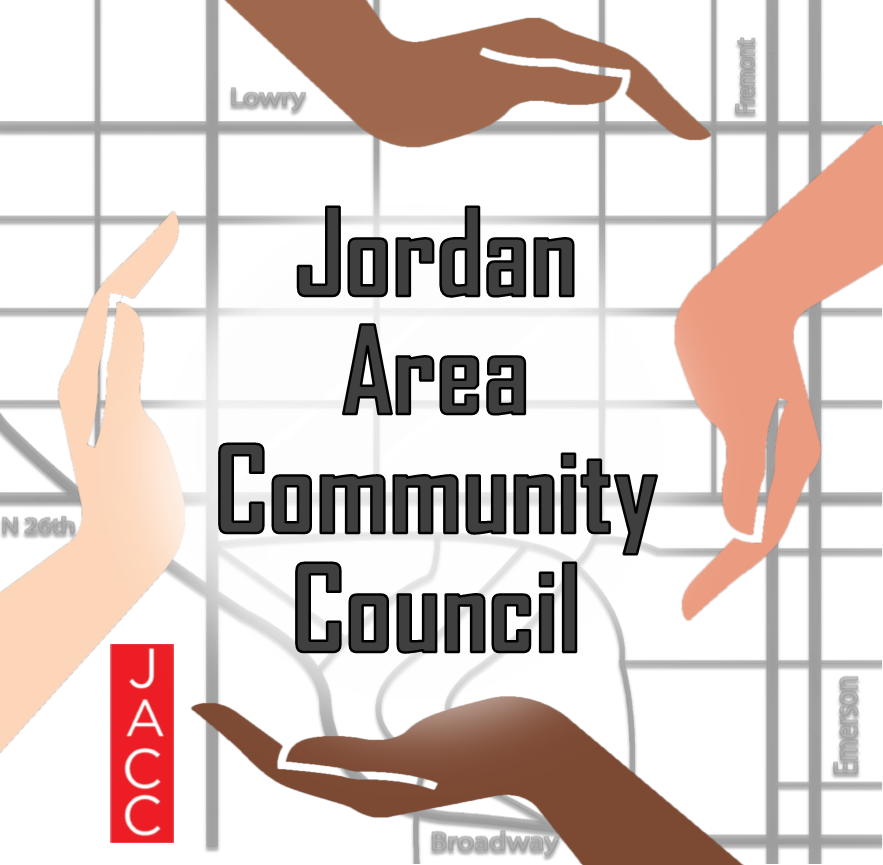 Audua Pugh was born in Chicago Illinois, the daughter of a single parent. Her family originated from Mississippi, then migrated to Cairo, Illinois and later moved to the Morgan Park area of Chicago, Illinois, where she grew up until adulthood. She moved to Minneapolis Minnesota in 1985.

In May 2015, Audua Pugh graduated with High Honors from North Hennepin Community College and attained an Associate’s Degree in Liberal Arts. She received her bachelor’s degree from Metropolitan State University and is currently working towards her Masters in Advocacy & Political Leadership Program. She is a member of the SSS/TRiO Program and a Phi Theta Kappa Honor’s Society Alum.

Currently, Audua is the Board Chair of Jordan Area Community Council. She has lived in the Jordan neighborhood for 9 years with her husband, Michael and daughter, Aniya. Audua always says, “I love North Minneapolis! I wouldn’t want to live anywhere else. North Minneapolis is convenient, you can get anywhere in the city you need to be in approximately 20 minutes. We live in one of the most diverse neighborhoods in the city.” We live in an array of culture!

Being a part of JACC has been stimulating and surprising, welcoming and enjoyable. The organization is growing into a new-found family. Cathy Spann is energetic and intelligent and the Board supports her decisions. The Board is not the board of years ago, we are moving forward to be more cohesive, structured, and an inclusive board, where all are welcome.

All Eyes on You:
Welcome to the Spotlight

Explore recycling with Audua Pugh, Board Chair, Jordan Area Community Council, who is on a mission to educate and empower Black, Indigenous, and People of Color (BIPOC) through recycling. Whether you are new to recycling—or teaching recycling to small children—choosing the right book is essential. Check out her new color book and coloring book, “Rusty & The Crew: The Beginning Volume 1.”

Question: “Where did you get your inspiration for recycling?

Question: “How did the idea for Rusty come about?”

Answer: “Rusty started out as an inside out lawn and leaf bag. For earth week, Michael, my husband, ordered blue hats. I told him we needed blue hats. We went to the hardware store and got some gloves. And then we had to find people to fit the bag.”

Question: “How did the idea for the Crew come about?”

Answer: “The idea for Rusty came about—we must tell how Rusty came to be in a book form for kids—it started with ‘the crew.’ So, once the crew was created—and the crew was my daughter’s idea—Childi, Reya, Emerson, and Winston. I told my daughter, Aniya, that we needed to name the crew. We needed to have characters. I said, ‘I’m in the process of looking for characters for the book. She said, ‘well, mom, why don’t you have the initials of their names spell out ‘crew.’ I looked up names under their ethnicities. Childi is African American. Reya is Asian American. Emerson is White. I named him after the street Emerson, right up the street. And then Winston is Latin American.”

Question: “Can you tell us about the rap?”

Answer: “Well, let me tell you about the rap. The rap came right away. The rap was first. A young lady named Larishka, wrote the rap. I said, ‘we need a rap for Rusty.’ She went home, wrote some stuff, she came back the next day and showed me the rap. And, so, then we went through it. And I’m like, ‘nope, take that out.’ ‘Add this…’ We came up with the beat. As we came up with each line, the beat kept going. We were sitting in the diversity office when this all came together…To get everyone involved, we would do the electric slide and sing the rap. So, Rusty, was created on paper and the rap was right behind it.”

Question: “Can you explain why the work that Rusty is doing in BIPOC communities is so important?”

Answer: “This is a touchy subject for me. This is because when it comes to equity and equality, again, we are behind in this curve. When you look at BIPOC people—which is Black, Indigenous, and People of Color—so many are trying to figure out what we are going to eat that nobody has a concern about where the waste goes. The less you have, the more waste you consume, for some reason. I believe it may be that a lot of us eat junk food and because a lot of us consume fast food—candy paper and stuff. Most BIPOC live in food deserts, so most of the stuff we buy constitutes ‘trash.’ It is not simply that the food is not good for us, but because it accumulates into waste. Our vision is to provide education on the importance of maintaining and preserving the earth by teaching proper recycling techniques.”

For more information about Rusty & The Crew, please visit https://rustyandthecrewisu.com/